King of the Tengu

Mount Kurama is the birthplace of the Reiki practice, and is said to be the home of Sōjōbō, King of the Tengu.

The Great Tengu or daitengu is an imposing semi-human whose most prominent feature is a long nose and large wings. You’ve probably seen pictures of the bright red, long-nosed mask that represents the face of the daitengu. When we say “tengu” nowadays, this is the one we mean. They live in deep mountain forests, and particular mountains are said to be the homes of particular tengu, named daitengu. Some of their powers, like possession, are shared with other yokai, but their special skills include control of wind, swordsmanship, and flight. Daitengu often abduct humans, sometimes to torment them, but other times to teach them magic. Humans may even seek out daitengu to learn their secrets, but as we’ll see later, they often regret it.

Along with the red face, long nose, robes, and wings, the daitengu may be depicted holding the large fan that they use to stir up huge winds. They are said to cause wars and natural disasters. With their proud nature and penchant for chaos and savagery, it’s no wonder several writers have made connections between daitengu and human society.

It was supposedly the Tengu who taught swordsmanship to Minamoto no Yoshitsune.

For more information about Tengu: https://www.tofugu.com/japan/tengu/ 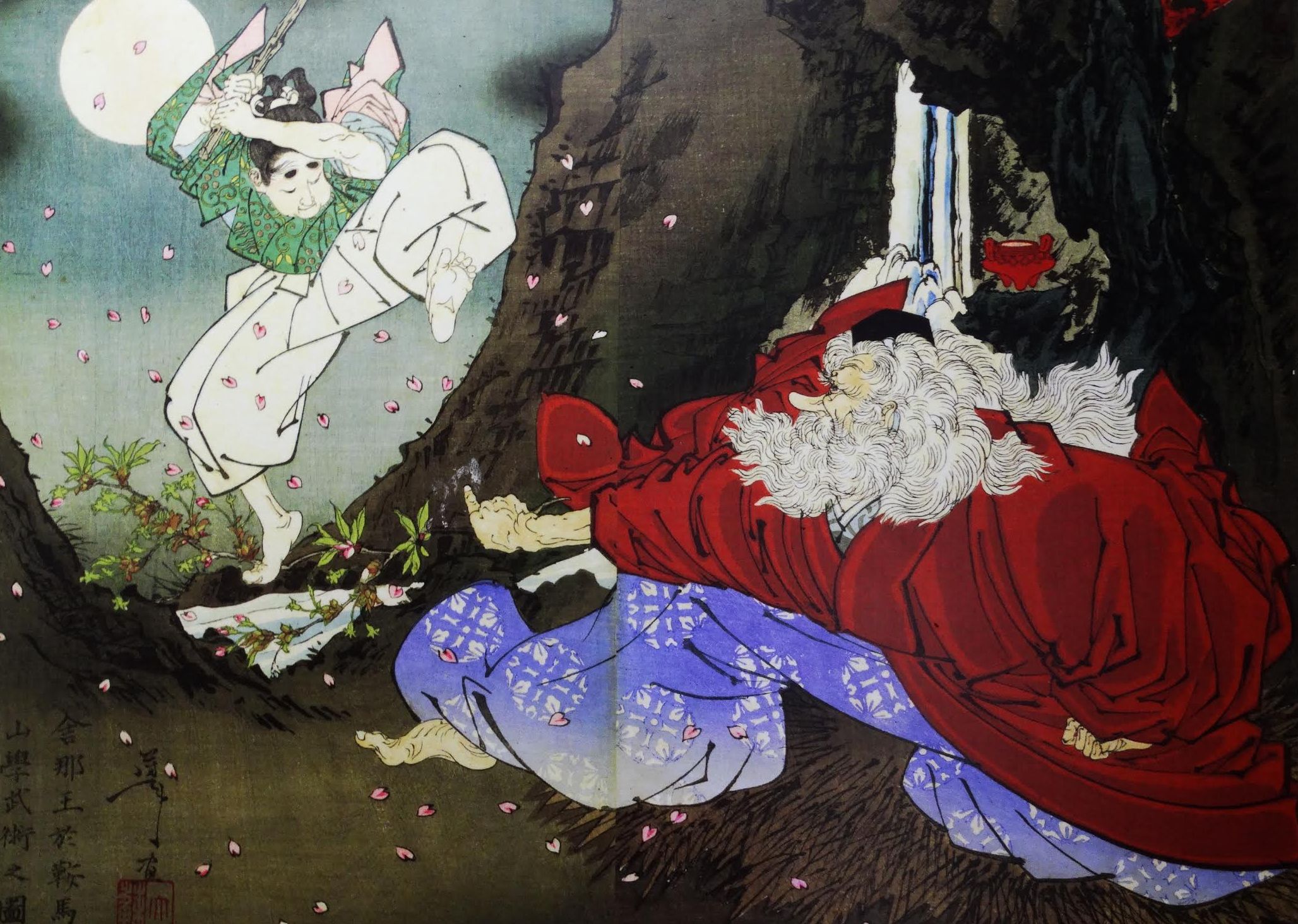 Kurama is also the location of the annual Kurama Fire Festival (Kurama no Hi-matsuri), which takes place every October. Kurama-dera is now designated as a national treasure of Japan.

The mountain is also known as the birthplace of the holistic healing art called Reiki. In the early 1900s (some say 1914, others say 1922), the founder of Reiki, Mikao Usui, meditated for 21 days on this mountain and received the Reiki healing energy. Mikao Usui meditated near the top of the mountain at a site called Osugi Gongen, at the site of a great sacred tree (kami) said to be an incarnation of the god Maoson.