Bonseki is an old and traditional Japanese art that is little known even among Japanese. People in the old days would enjoy drawing things like Mount Fuji and Miyajima, now known to be world heritage sites, on small “bon” or trays.

It is a type of miniature art that uses a small tray painted in black; and expresses scenery of Japan such as mountains and rivers with white sand and rock. There is a similar culture in China, but similar to sado (tea ceremony), ikebana (flower arrangement) and bonsai, the bonseki had its independent course of development in a Japanese style. When we say development in a Japanese style, for example, it became a custom to use as a display-piece placed on the floor with the spread of a tokonoma (alcove) in the Japanese style room. It can be said that this form of art is similar to the modern art of sand art. 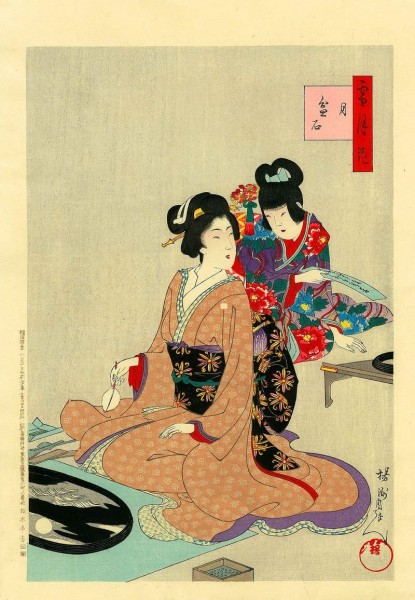 The exact history is unknown but there is evidence of people working on bonseki in ukiyo-e art so it could be said that it had been well spread amongst the common people by the Edo Period (1603-1867). According to specialists, bonseki was already in existence during the Asuka period (538-794) and by the Muromachi period (1336-1573), specific styles were established. 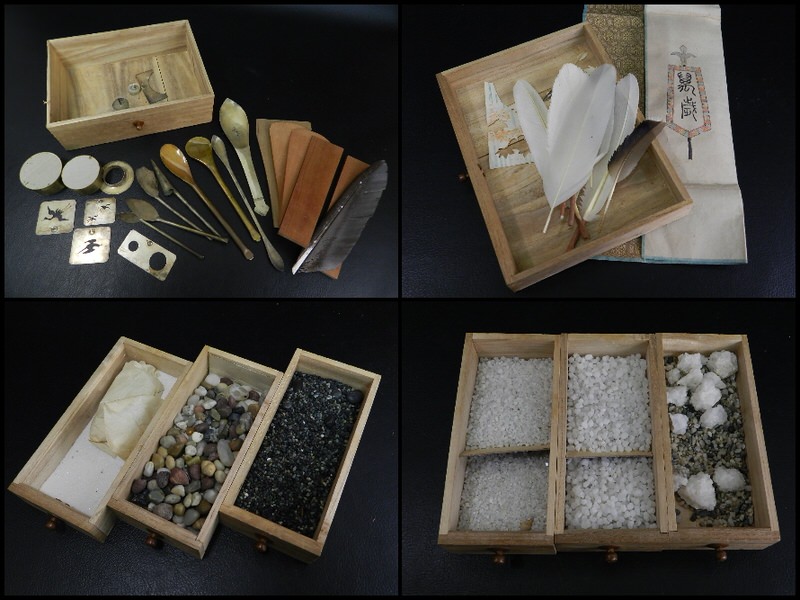 Bonseki uses specialized tools to highlight the dark and light to express dramatic scenes from nature such as the sea, river, waterfall, mountain, moon and clouds. Sometime, it uses replicas of things like torii gates to enhance the realism. 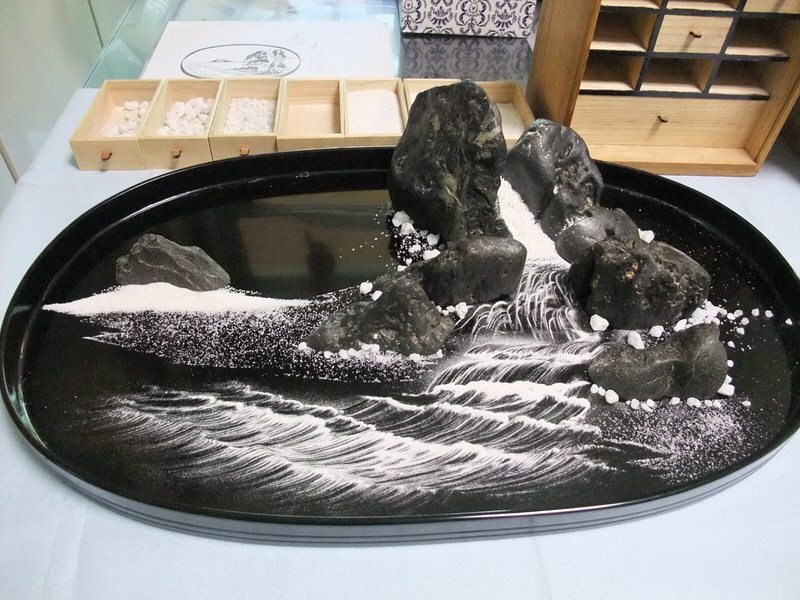 What’s particularly beautiful of the bonseki technique is the expression of flowing water using white sand. At times colors area added and real moss is used.

Unlike other forms of art, once complete the bonseki can easily be wiped clean. The transience of the art form as well as the sentiment to feel beauty in imperfection is the aesthetic of mono no aware which is very specific to Japanese culture. It can be said that the bonseki, which fully expresses this mono no aware, is the art that represents Japanese culture.

Mono no aware is a Japanese aesthetic that might be translated “the impermanence of things.” It suggests that things are more attractive that don’t last.

The classic example of mono no aware are cherry blossoms. They bloom in brilliant light at the beginning of Spring and fall within days. In Japan, this is widely considered a beautiful event that symbolizes the temporary nature of all things. In other words, according to the mono no aware aesthetic, cherry blossoms wouldn’t be nearly so attractive if they remained on the tree for a long period of time.

The idea of mono no aware is related to the Buddhist notion that all things are transient. The idea has greatly influenced Japanese thought since the 6th century when Buddhism arrived in Japan. For example, Samurai commonly used cherry blossoms as an analogy for the life of a warrior, to live a short but dramatic life.