Japan’s contemporary arts scene used to be dominated by Tokyo, but since the 1990s Kyoto’s burgeoning art community has been growing from strength to strength. With organizations like Kyoto Art Box forming to promote Kyoto-based creatives, and longstanding establishments like the National Museum of Modern Art existing alongside independent art spaces, the city is becoming a must-visit place for art lovers.

Imura Art Gallery was founded in 1990 by director Yuzo Imura, a gallerist active within the local Kyoto and wider Japanese arts community and a committee member at the 2014 Tokyo Art Fair. He established the gallery to showcase emerging artists with a focus on those based in Kyoto and to prove the city’s worth as a hub of contemporary artistic creation. Imura Art Gallery has recently exhibited the young, up-and-coming artists Takeshi Tanaka, a Fukuoka-born painter whose creations combine both Japanese and western painting styles, and Yu Kiwanami, also a painter who was born in Kyoto and educated locally at the Kyoto University of Art and Design, whose most recent body of captivating acrylic paintings depict faceless figures against haunting and detailed background landscapes.

Based in a leafy residential area in the east of the Higashiyama ward, Kaho Gallery was founded in 1996 and has presented exhibitions by some of Japan’s finest modern artists including abstract figurative painter Kokuta Suda; Ono Chikkyo, a nihonga painter who helped co-found the Kokuten Society, an artists’ collective based on the principle that all artists should have total freedom of expression; and Toshio Arimoto, whose paintings were influenced by a mix of European frescoes, traditional Japanese techniques and Buddhist sculpture. Kaho Gallery has also exhibited works by more contemporary artists such as German sculptor Reinhard Voss’ Bitter Lennon, a series of cubist-like faces sculpted from wood, and Japanese painter Shiro Ishibashi. 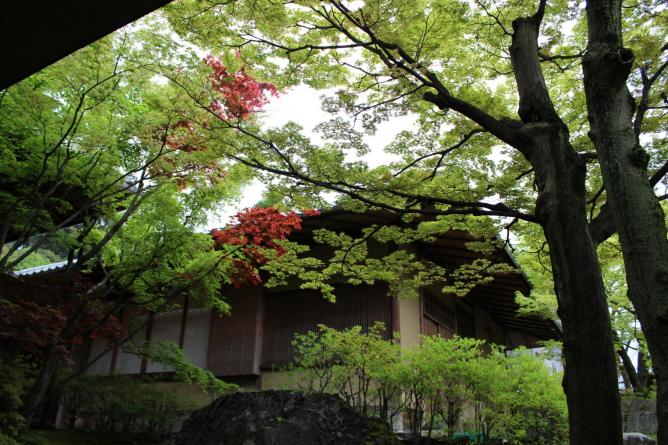 Established in 2001, with a sister gallery in Tokyo opening in 2008, Mori Yu Gallery is a commercial art space concerned with the promotion of contemporary art by rising stars and established artists. Gallery director Yuichi Mori welcomes art that simultaneously respects the classical Japanese art traditions of the Edo period and later Meiji era, while also incorporating contemporary innovation and influence. He represents a number of talented artists such as the Hiroshima-born sculptor Nobuhiro Hanaoka, whose objects are influenced by art brut, an anti-culture art movement defined in opposition to ‘fashionable’ art, and video artist, writer and curator Masayuki Kawai, whose work has been exhibited at the Queens Museum in New York and critiques the information society from a radical standpoint. Mori Yu Gallery is also a regular at Asian art fairs including Art Stage Singapore and Art Taipei.

Kodama Gallery originally opened its doors in 1998 in the neighboring city of Osaka with the aim of providing an antidote to Japan’s Tokyo-dominated arts scene by focusing its efforts on promoting home grown talent from Osaka and Kyoto. In an effort to introduce more local artists to the Tokyo art world, Kodama opened a Tokyo branch in 2004 and in 2008 the original gallery relocated to its current premises in Kyoto. Kodama Gallery has exhibited such young talents as Mayuko Wada, a painter and sculptor who incorporates both traditional craft elements like origami and modern design styles like post-minimalism, and recently presented a retrospective of the works of Mamoru Sakagawa. 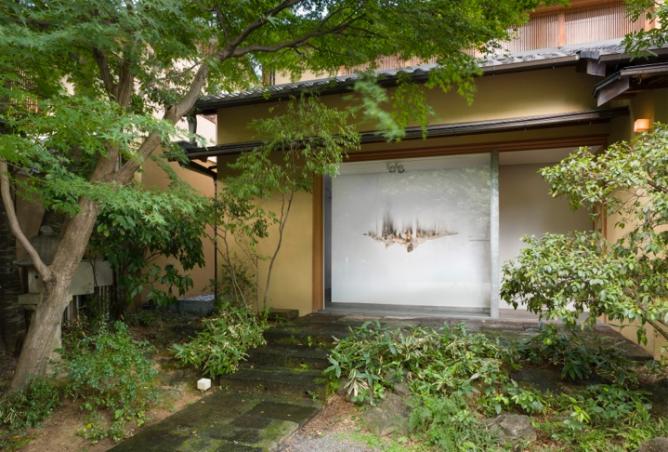 In 2011, owner Maeda Hiromi decided to establish his gallery and namesake – the Maeda Hiromi Art Gallery – to bring young and talented Japanese artists to a wider audience and to encourage more people to engage in art. The gallery is located in Kyoto’s Minami-ku ward, a historic area home to many temples and other landmarks such as the To-ji Buddhist temple and Nintendo’s Japan head office. Despite only opening within the last few years, Maeda Hiromi Art is already carving itself a niche in Kyoto’s arts scene. Maeda Hiromi Gallery represents a number of notable artists like Shinya Sakurai whose work has been featured in the Wall Street International magazine, and painter Iwasaki Eri and his classic Japanese influenced artworks.

Kyoto Art Centre was set up to promote Kyoto-based art and artists and to encourage communication and interaction between artists and citizens. The centre officially began operating in April 2000 at its base in the historical and faithfully renovated former Meirin Elementary School, which was originally built in 1869 and, in 2008, was named one of Japan’s Tangible Cultural Properties. Kyoto Art Centre runs a comprehensive program of art exhibitions alongside music and dance performances and traditional cultural shows, and operates an artist-in-residence program for Japanese and non-native artists. The centre recently exhibited works by young installation artist Yusuke Kamata, whose oblique objects feature a series on interconnected frames, and Kyoto-born photographer and video artist Kohei Takahashi.

A list of Kyoto’s best contemporary art galleries would not be complete without mentioning one of Japan’s most significant artistic and cultural exports of recent times – manga – and where better to indulge in the art form than at the Kyoto International Manga Museum? The museum opened in November 2006 to both showcase and research manga culture and currently holds a collection of around 300,000 items, which includes contemporary manga art, foreign manga animations and historical early examples of manga. The museum recently hosted an exhibition of work by graduates of the Kyoto Seiku University’s Faculty of Manga as part of the Kyoto Manga and Anime Week. Other exhibitions have included a show featuring 60 works by renowned manga artist Daijiro Morohoshi and a celebration of the works of anime director Sugii Gisaburo.

Established in 1963, the National Museum of Modern Art at Kyoto, or MOMAK as it is also known, was originally a local annexe of Tokyo’s Museum of Modern Art. It was granted independent status in 1967, and in the 1980s the museum’s original building was demolished to make way for new premises designed by Pritzker Prize-winning Japanese architect Fumihiko Maki. Each year, MOMAK presents approximately seven touring or standalone exhibitions in addition to around 20 exhibitions from the museum’s extensive collection which currently includes new acquisitions produced by German surrealist Max Ernst and French avant-garde painter Francis Picabia, and works by Japanese photographer Kyoichi Tsuzuki from his series Happy Victims which documents fashion-obsessed urbanites of Japan.

Gallery Morning Kyoto, a space for contemporary arts, craft and design, began operations in 2009 and concentrates on paintings, prints, objects and drawings. Situated in the heart of the city’s Okazaki cultural zone, Gallery Morning Kyoto is a small and intimate space that has its finger placed firmly on the pulse of the Japanese contemporary arts scene and offers art lovers the chance to buy works by some of the country’s most cutting-edge artists. Among the artists recently exhibited by Gallery Morning Kyoto are painter and illustrator Gassho Kaede, who at only 22 years of age is already gaining acclaim, and Kubo Ayane’s dreamlike and surreal paintings of people and landscapes.

One of my favorite galleries is GALLERY GALLERY for fiber artists.