The official Japanese currency is the yen (円), pronounced “en” in Japanese and denoted with the symbol ¥ (though you’ll more likely see the kanji symbol 円 in everyday use). Fun fact: En also means “circle” in Japanese; therefore, the exchange rate was initially fixed at 360 yen to 1 US dollar.

Changing foreign currency at a bank can be a time consuming exercise. Arriving in Japan with some Japanese currency, using credit cards and withdrawing cash from ATMs may be best.

Post offices are ubiquitous in Japan and found in the smallest village. The daily withdrawal limit for international cards is JPY 30,000. Seven-Eleven stores also offer the same service with the exception of MasterCard cards (this includes Cirrus and Maestro cards). The ATMs at Seven-Eleven convenience stores are available 24 hours a day, 365 days a year.

Most Japanese bank ATMs do not provide cash against credit cards, nor will they provide access to foreign bank accounts with the exception of Prestia Bank (formerly Citibank) and Shinsei Bank branches. However, branches of these banks are only found in the largest cities. ATMs can also be found at Narita and Kansai Airports and some major department stores.

Before leaving your home country, check that your credit/debit card can be used abroad. You may also wish to enquire as to what fees you will have to pay for overseas withdrawals, and to notify your bank that you are going abroad, as occasionally a card that is suddenly used overseas may be suspected of being used fraudulently and blocked.

Cash or travelers checks can be exchanged at any “Authorized Foreign Exchange Bank” (signs are displayed in English) or at some of Kyoto’s large hotels and department stores. Main post offices also cash traveler’s checks. Rates vary little between banks, if at all (even the exchange counters at the airport offer rates comparable to those offered by downtown banks). In Kyoto, most major banks (including Citibank) are located near the Shijo-Karasuma intersection, two stops north of Kyoto Station on the Karasuma subway line.

In addition, those with a Citibank account may withdraw yen from Japanese Citibank ATM’s without incurring a surcharge. Details here. Foreign issued bank or credit cards are accepted at Shinsei Bank ATMs also for a slight transaction fee. One option useful for travelers all over Japan, including the countryside, is the Japan Post Bank. ATMs are located in most post offices throughout Japan, accept foreign-issued ATM and major credit cards, and have English menus.
Note that virtually no ATMs are open 24-hours a day in Japan, and withdrawals from foreign issued cards often must be made before 5:00 p.m.

Hotels, department stores, high-end restaurants and shops accept credit cards, while many of the smaller shops do not. VISA has the largest number of users followed by JCB and MasterCard.
The telephone numbers of their Tokyo offices:
Visa: toll free 006633-800-553, from abroad +1-303-967-1090
MasterCard toll free: 00531-11-3886
American Express toll free: 0120-020-120 24hrs.
Note, Japan is definitely a cash-based society, so having cash on-hand is highly recommended. You can withdraw money using your credit card at any post office ATM machines and at select banks.

Basically, not only is tipping unnecessary in Japan, but your attempts to tip will either be greeted with bemused expressions or utter confusion. Hotel bills include tips in their service charge. There is no tipping at restaurants, nor do you tip taxi drivers, although a small tip for bellhop services may be accepted.

Cash
Despite the increased acceptance of credit and debit cards, Japan is mainly a cash-based society; this is especially true in rural areas. Furthermore, regular train, subway, and bus tickets can only be purchased by cash (unless you are using an IC card, which can only be charged by cash).

It’s always a good idea to have small denominations (10 yen and 100 yen coins, as well as 1,000 yen bills) handy, as many ticket and vending machines will not accept larger denominations (especially 5,000 and 10,000 yen bills). And although they may be annoying, keeping a few 1 yen coins also won’t hurt, especially given the current 8% tax rate.

Having so much cash in your wallet may make you feel uneasy at first, but Japan does have one of the lowest crime rates in the world. While nothing beats being careful, chances are you’re more likely to lose money by dropping or leaving it, rather than it getting stolen.

Credit/Debit Cards
Although Japan is still predominantly a cash-based society, credit and debit cards have become increasingly accepted, especially in urban areas. Even if you decide to use a credit card, it is still better to carry more cash than you are usedMost small restaurants and businesses will not accept cards.

Most credit card companies will charge a surcharge (usually 1-3%) for foreign-issued cards.

The most commonly accepted cards are MasterCard, Visa, and JCB. American Express and Diner’s Club are accepted to a lesser extent.

IC Cards
IC cards, such as Suica and PASMO, have become increasingly common in Japan (especially in urban areas).
They are predominantly used for train and bus fares, but can be used for a variety of other purposes, especially at facilities in or near train stations.

ATMs
The two best ways to withdraw yen are through Japan Post’s and 7-Eleven’s ATMs.
Japan Post has ATMs at more than 26,000 locations nationwide (denoted with the “JP” logo); each post office will have at least one, while they can also be found at shopping malls and supermarkets. Service hours vary according to location; large post offices in major cities will have longer hours than small ones in rural areas. English services are also available.
Click here for more information.

Most other ATMs do not accept foreign-issued cards; the only Japanese bank that accepts international transactions is Citibank. However, even their ATMs are limited in number. Furthermore, most will charge an extra fee if withdrawals are done outside operating hours (usually 9 am to 5 pm on weekdays)
Click this link for a list of MasterCard ATMs in Japan, and this link for ATMs accepting VISA Card.

Exchanging Currencies
For a general idea of what current exchange rates are like, use the Currency Converter at the top of the page, or check out XE Currency Converter.
All places with an “Authorized Foreign Exchange” sign can exchange currencies; these places include banks and money changers (such asTravelex), which can be located at airports and in major cities.
Banks are usually open from 9am to 3pm on weekdays.
Hotels and large department stores may offer currency exchange services, although with extra fees and less favorable rates.

Traveler’s Checks
Due to the relatively limited number of ATMs that support foreign-issued cards, traveler’s checks are more useful than you’d think in Japan.
Traveler’s checks tend to carry more favorable rates than money changers and ATMs, and are accepted by leading banks, hotels, ryokan, and stores in major cities, but very few places elsewhere.
Do not pay with a check drawn from a foreign bank; as many Japanese places will either charge large extra fees or not accept them at all.

For a basic idea of how much living in Japan costs, check out this informative blog.

Perhaps the most important rule when it comes to using money in Japan is NO TIPS. Leaving a tip at a restaurant or a taxi driver will often result in them chasing you down to return the money, thinking that you forgot it there.

If you do want to leave a tip (such as for a maid at a ryokan or a tour guide), put the money in an envelope and give it to them in person.

Most restaurants, shops, and even taxis will provide a small tray for you to put money on, instead of giving it directly to the cashier.

Although it depends on the currency, it is generally better to exchange yen in Japan than in your home country, due to a lower commission and better exchange rate.

You do not need to worry about counterfeit money in Japan, as they are virtually non-existent. 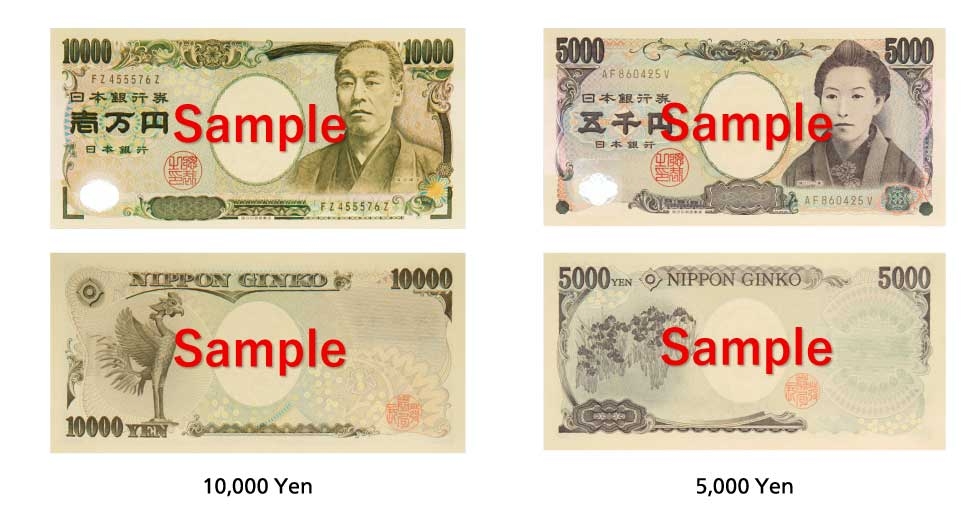 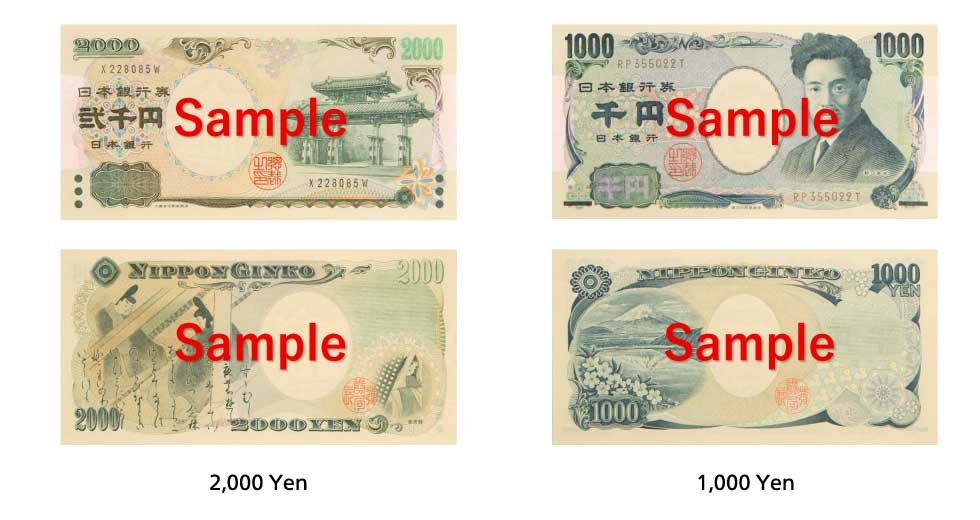