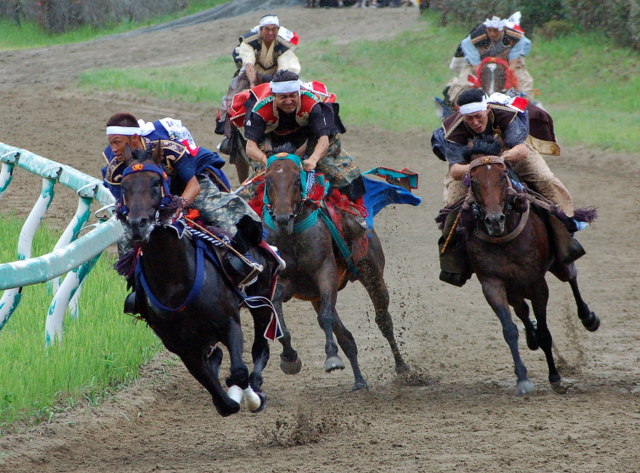 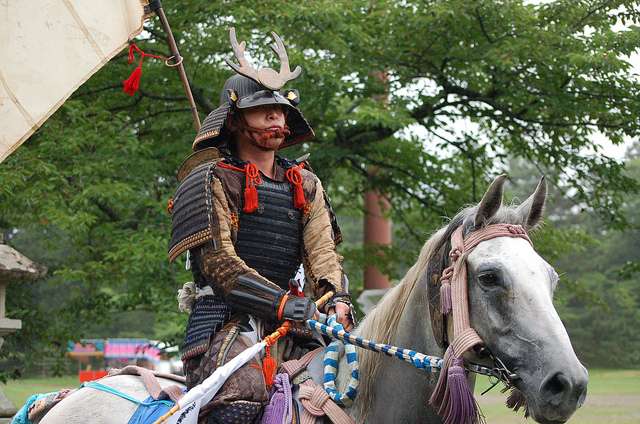 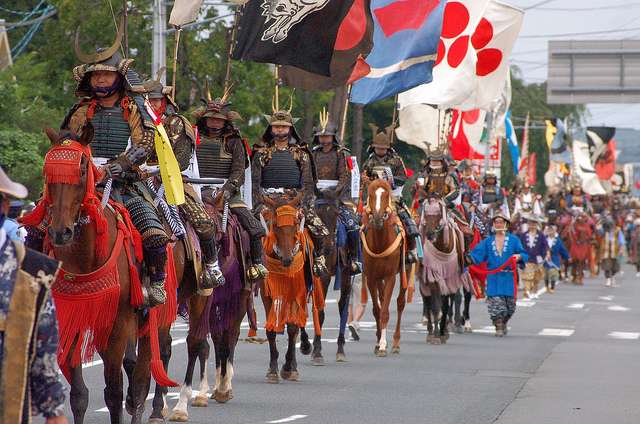 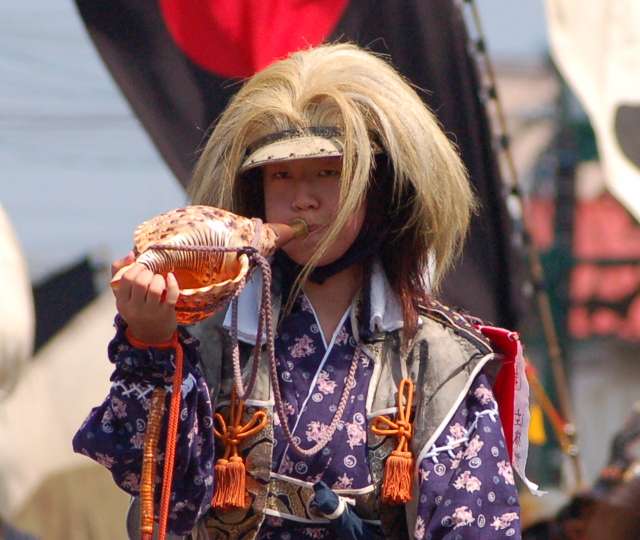 At noon, another round of horse races begins, but this time the samurai race in full armor and carry swords. We get to see exactly what samurai looked like when charging into battle – but thankfully without the risk of being killed. There are ten races with ten horses, each going once around the hippodrome. Once the start is signaled with the blowing of a conch horn and the beating of battle drums, the horses thunder along at full gallop – their riders desperate to bring home some honor. 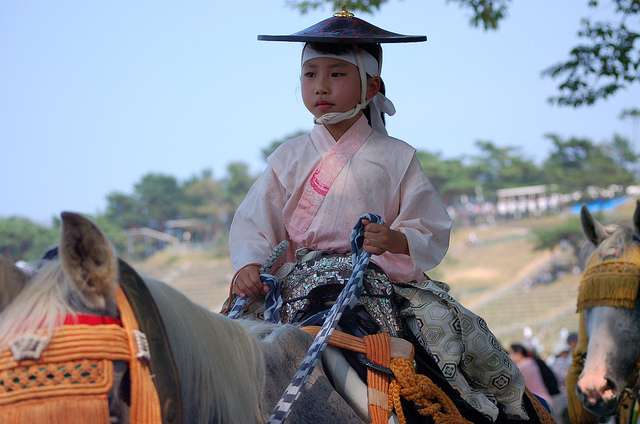 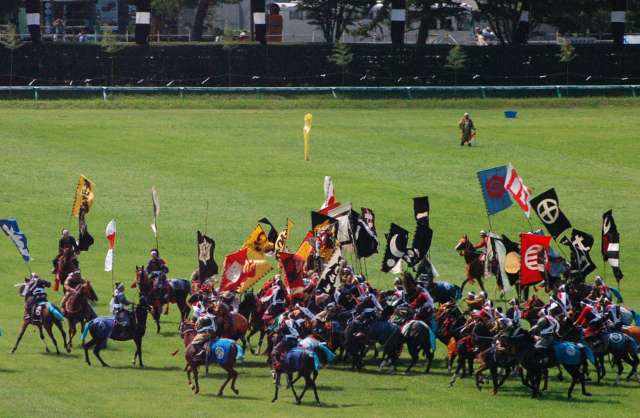 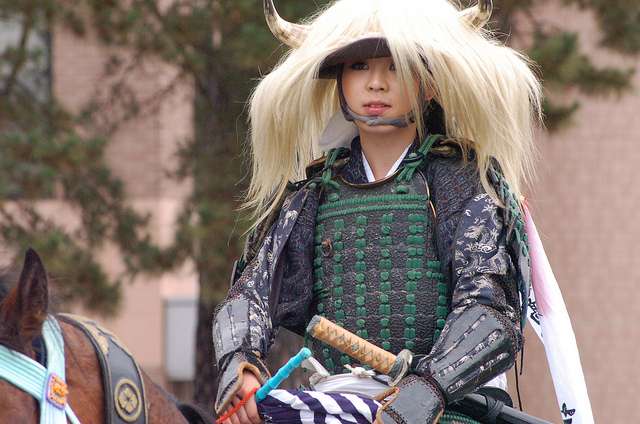 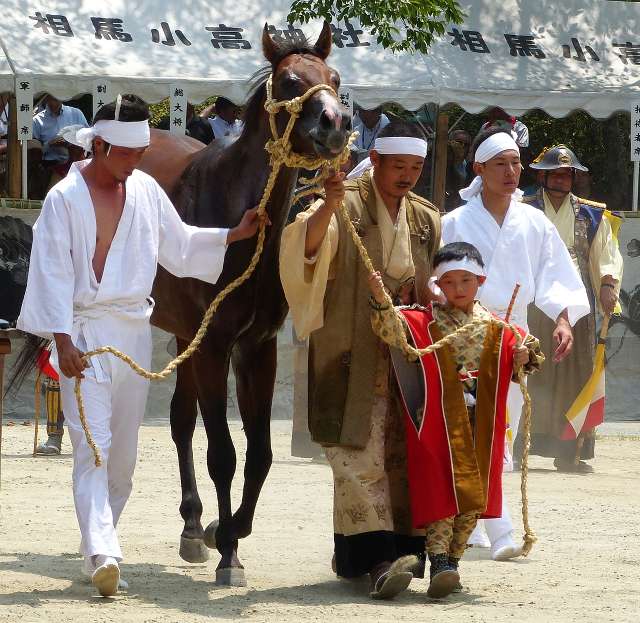 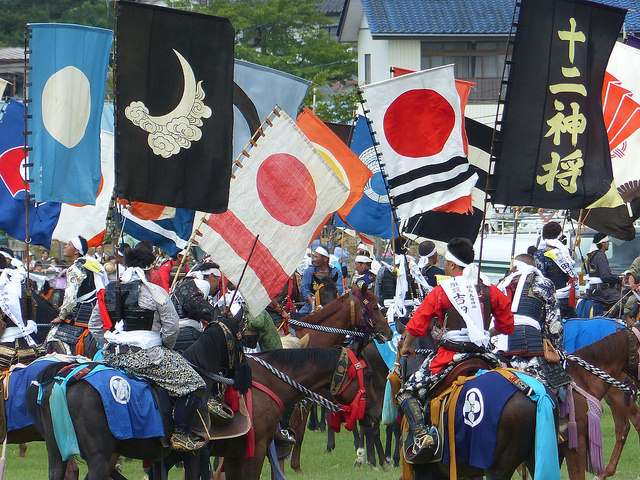