Mon means crest and kamon means family crest. The origin of the Japanese family mon goes back to the eleventh century. Each of the high ranking officers of the day began using a specific textile designs on their most formal wear, to be worn at the Imperial Court by all courtiers. Then they started having them on their carriages as well. The designs steadily became more refined and elegant. These emblems later became the formal mon (crests) we know now and were always put on formal garments.

When the Heian period ended and the samurai warrior class took over the government, at the end of the twelfth century, the warriors used their own emblems on their banners, flags, weapons and hanging screens to identify their camps and headquarters in the time of war. The warriors, who recognized that they were less cultured than the nobles, copied with admiration what the courtiers did.

A mon makes a garment a formal one, suitable for formal occasions. It can have one, three or five mon; the more mon it has, the more formal the occasion it is deemed suitable for. Garments with mon are divided into three types: itsutsu mon (5 mon), mitsu mon (3 mon) and hitotsu mon (1 mon).

A family may choose a mon that is associated with their family (a family mon is called a kamon) or just opt for one they like instead. They are seen on all sorts of items in Japan: clothing, signs, boxes, ceramics, banners.

Women are not obliged to adopt their husbands’ family mon, they may wear their maiden mons, called onna mon.

The most frequently seen are ivy, plum blossom, ginger, butterfly and, especially, paulownia. 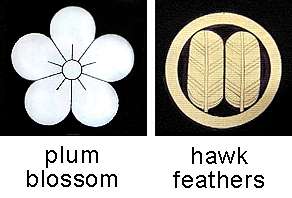 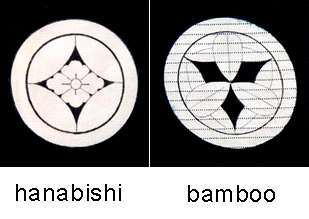 Kiri (Paulownia): A deciduous tree, native to eastern Asia. In Japanese myths it is said to have the only branches phoenix will land on. It is very popular in traditional Japanese art, particularly textile art where it is often seen on beautiful women’s kimonos and a very popular mon (crest) motif. It is also the flower symbol of is the Office of the Prime Minister of Japan. Paulownia is also known as foxglove tree and princess tree.

The Imperial Seal of Japan feature 16 petals on the front and 16 petals on the back (only the tip of the petals can be seen on the back) – There are other Chrysanthemum seals with different number of petals, usually related to other Imperial Family members or Shinto Shrines. Nowadays, the Japanese Diet (government) use the 16 petals seal for official documents (passports, orders). 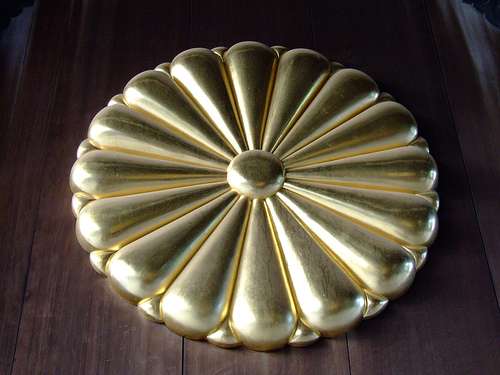