This is a street running east to west in the south of Kyoto Imperial Palace. The section between Karasuma-dori Street and Teramachi-dori Street is especially known as a “furniture district.”

Furniture shops, door and window shops, and antique shops are gathered in this district, and there were about 60 shops in its heyday. The sight of large stores standing in a row must have been really overwhelming, as some of them had a storefront exceeding 20 meters. 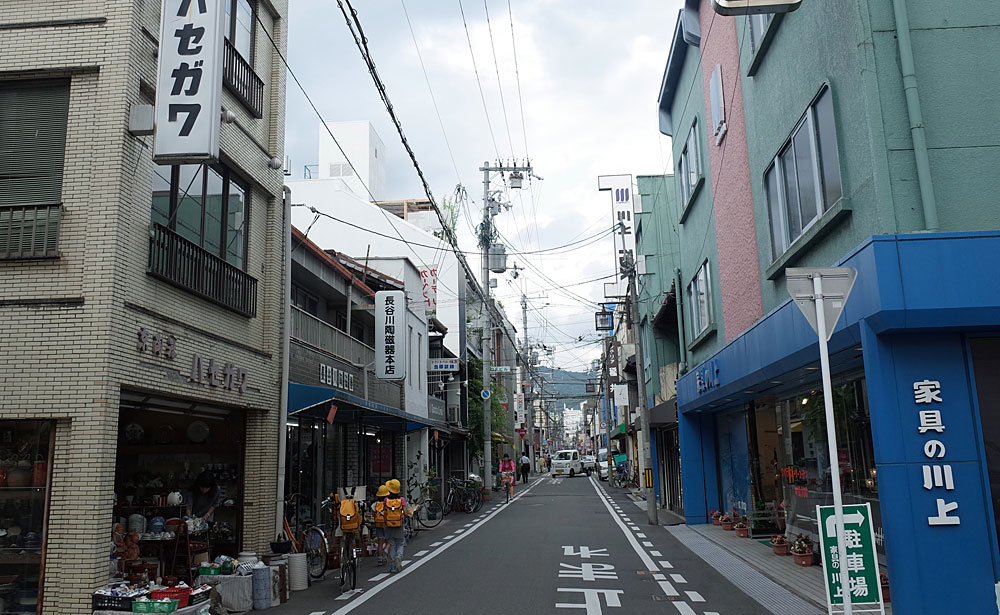 Igawa Tategudogu-ten is a 70-year-old wholesale shop selling doors and windows, located just down the street to the east from Karasuma-dori.

The term of “Tategu-ten” generally refers to the manufacturers (carpenters who specialize in making doors and windows), and wholesale shops like Igawa are rare in the country. From the signboard that says “something new and something old”, you can see its statement, “our products are a little different from others”. 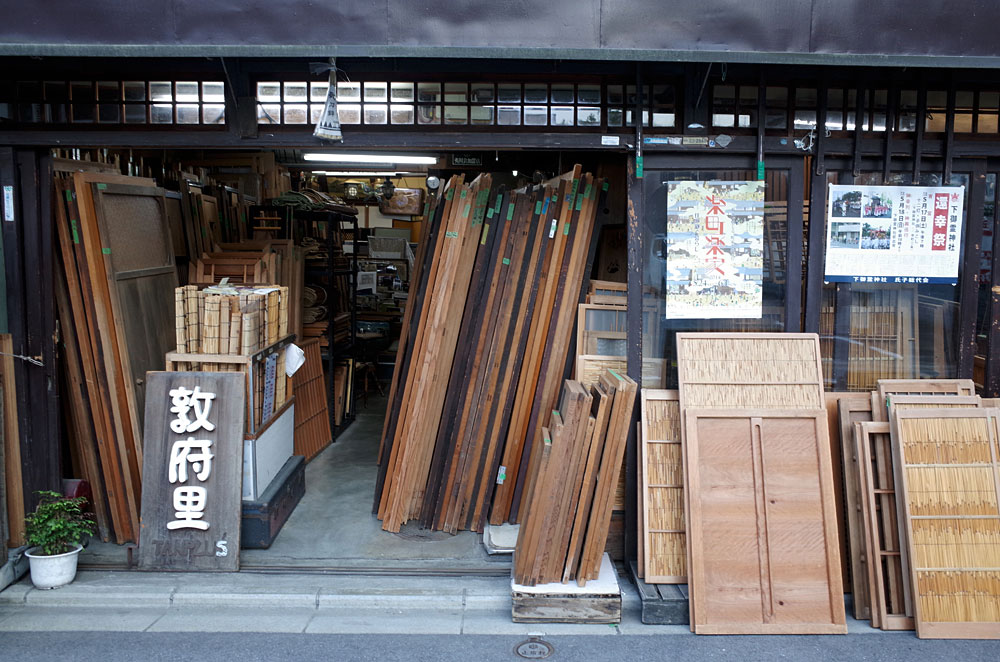 Since old doors and windows are used as the interior of newly built condominiums and restaurants, their demand has been increasing. Modern interior and old wooden products go well together.

Manichi has been a shop dealing with antiquities for 140 years. 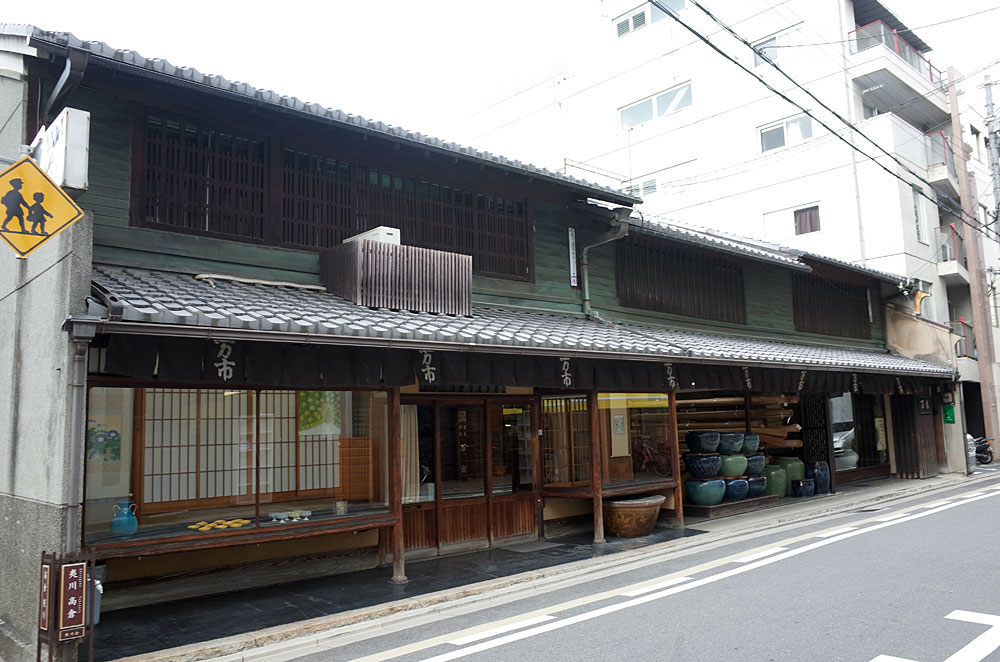 The shop has a wide range of articles ranging from something casual to use, such as art works, paintings, and furnitures, to works of artists, including the pottery works of Kanjiro Kawai. Customers from all over the country come to buy things that are difficult to find at other shops.
“Many of you might not know much about antiquities, so please don’t hesitate to ask me anything,” says the store owner.

Going further east on the street, you will find Sakuraikarakihonten, a 140-year-old specialty shop that deals with tables. 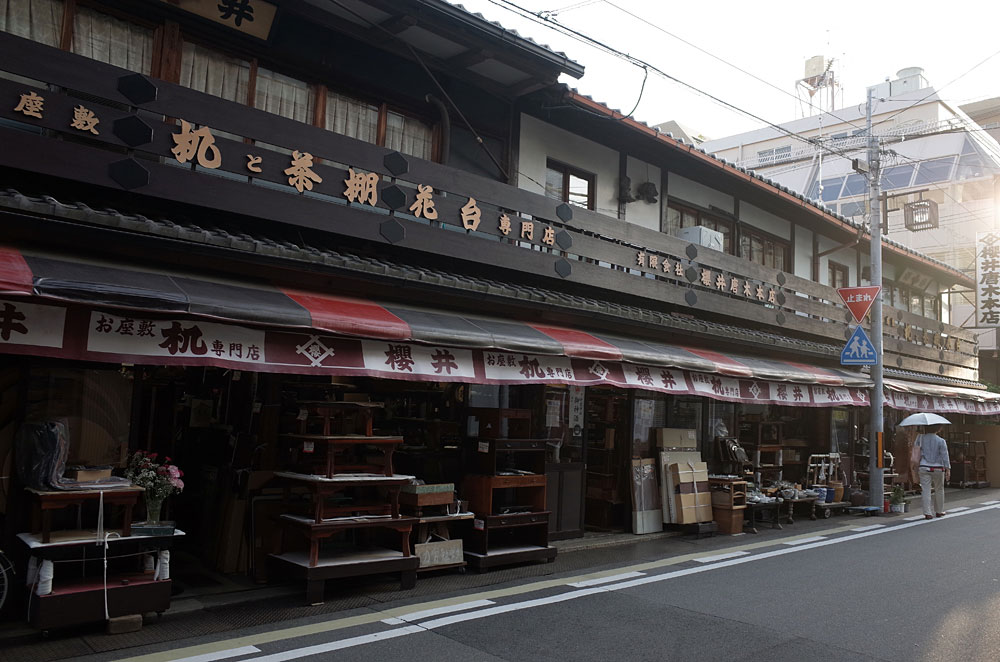 Although Ebisugawa-dori is known as a “furniture district”, the number of general stores and restaurants is increasing. It is becoming a street of “food” and “housing” where new colorful shops are emerging.

Torinoki Coffee is a cafe just opened in April, 2014. The owner says, “I like its nostalgic atmosphere where time goes by slowly, so I decided to open my shop here.” 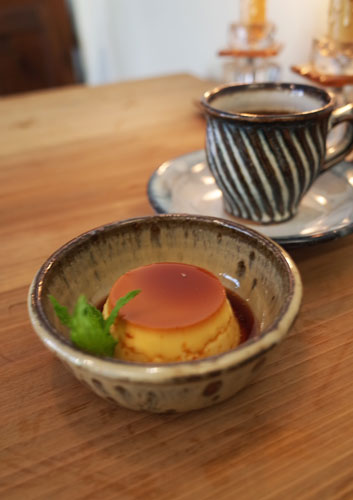 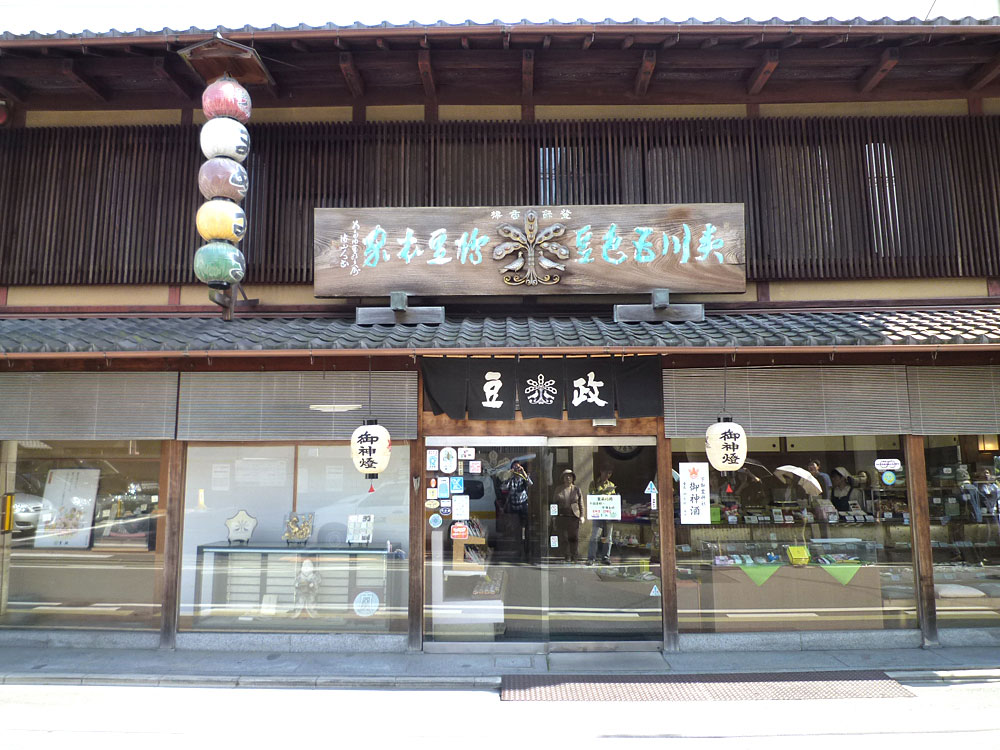 Ebisugawa-dori is a recommended ass an area where you can feel the life of Kyoto away from the bustle of sightseeing spots.