Butoh is an avant-garde dance style born in Japan in the 1960s. Expressing a Japanese physicality and spirituality, the visceral style of Butoh was a fresh challenge to the dance aesthetics of the time, undermining them from the ground up. Since then, Butoh has had a lasting impact on the world of dance.   Even now, Butoh enjoys especially high recognition abroad, but within Japan, information relating to Butoh is hard to come by, and the fact is that there are few venues where one can experience Butoh.

The Butoh-Kan is a valuable cultural resource. It is a “kura,” or earthenware storehouse that was built in the latter-half of the Edo Period (1603-1868). It managed to escape the riots of the Hamaguri Rebellion of 1864, in which rebels and shogunate forces collided and set fire to the city.

Within the handmade plaster walls of this Kyoto treasure, the resonant sounds of Japanese shamisen blend with visceral dance, so that you encounter the rich world of Butoh.

“I would like to go with the audience to touch that which lies at the depths of all that we hear and see. Butoh is avant-garde yet imbued with an ancient unique Japanese physicality. Together with the many encounters in this long-awaited theatre, hoping to benefit all afresh, I dance with all my heart and soul.”

In the 1980s, Ima Tenko was a core member of Byakkosha, one of the most acclaimed Butoh groups, and performed with distinct recognition both abroad and locally. With their breakup in 1994, she became an independent dancer, and went on to form the Butoh Company Kiraza, which toured Europe in 2005. Every year since 2007, they have been performing to sold-out houses at the historical Gojo Kaikan Theatre in Kyoto. In 2012 and 2013, they also performed at the festival sponsored by the National Agency of Cultural Affairs, a bureau of the Japanese government.

Through the exploration of the avant-garde form of Butoh, which is supported by the Shinto practice of Tamafuri, “reinvigorating the soul,” a practice seen at the heart of Japanese performing arts, Ima Tenko explores the frontiers of her own art and self.

As an inheritor of Butoh, Ima Tenko uses Kyoto as a base to breathe new life and vigor into the form. 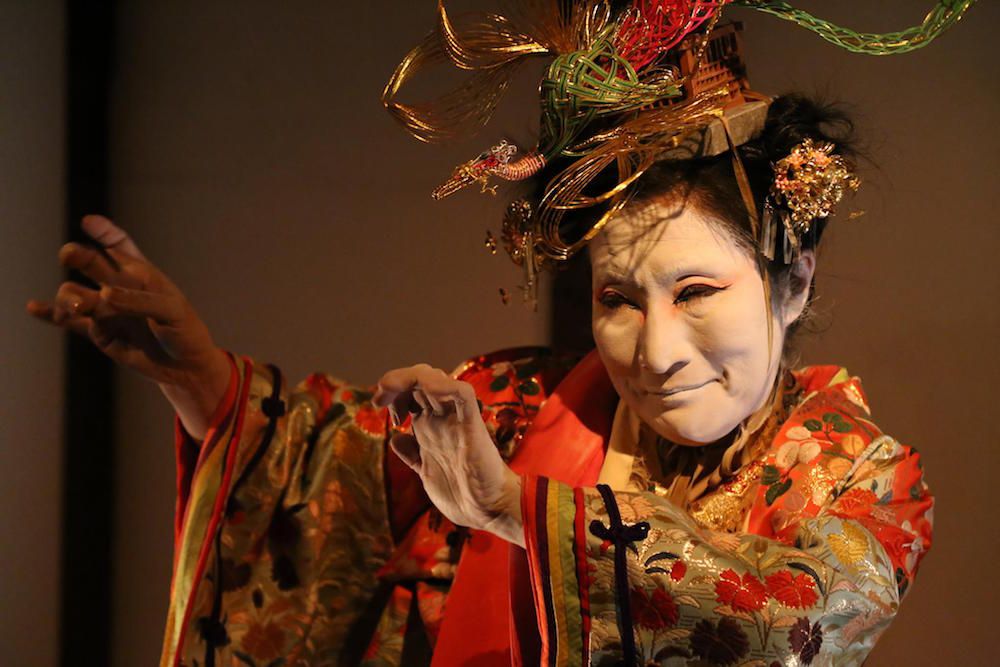