Most nabemono are stews and soups served during the colder seasons. In modern Japan, nabemono are kept hot at the dining table by portable stoves. The dish is frequently cooked at the table, and the diners can pick the cooked ingredients they want from the pot. It is either eaten with the broth or with a dip. Further ingredients can also be successively added to the pot.

The pots are traditionally made of clay (donabe) or thick cast iron (tetsunabe). Clay pots can keep warm for a while after being taken off the fire, while cast iron pots evenly distribute heat and are preferable for sukiyaki. Pots are usually placed in the center of dining tables and are shared by multiple people. This is considered the most sociable way to eat with friends and family.

Located just a short walk from the Imperial Palace, Hatakaku is the birthplace of one of the staple dishes of rural Japan. Botan nabe is a traditional boar-based dish and although it is now wildly popular throughout Japan, it was invented over 100 years ago by Hatakaku’s former owner. Not only does this restaurant serve the original recipe but it also offers its guests the chance to eat while sitting around a traditional Japanese hearth. The slices of boar that create this unique dish are arranged to create a visually striking flower. 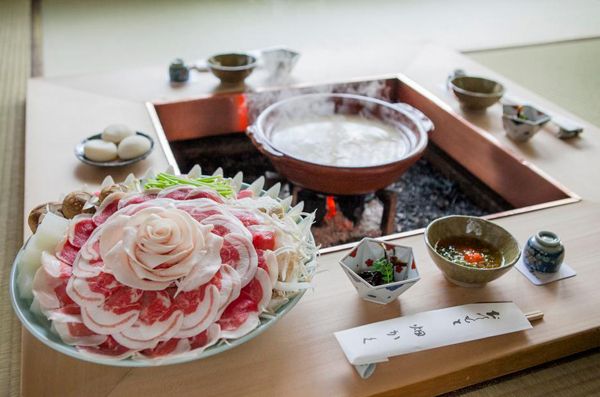 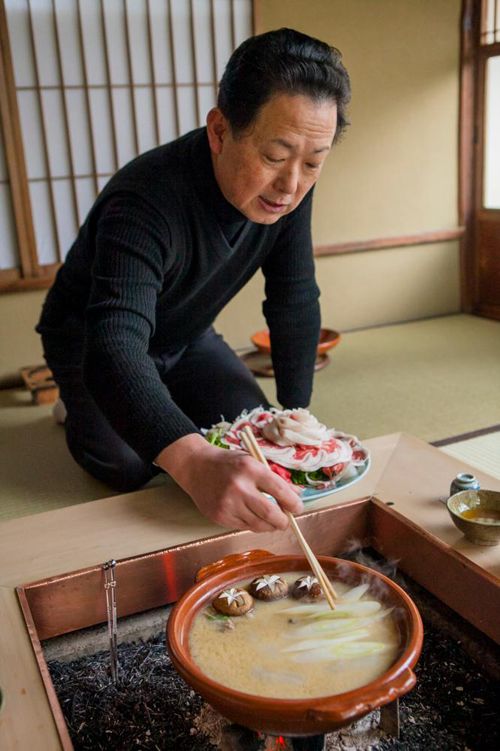 While wild boar meat was eaten by people in rural areas, this ‘backwoods’ food simply couldn’t be accepted by the refined and elegant Kyotoites. Wild meat such as boar, venison, bear and so on was originally eaten in a very primitive ‘suki-yaki’, named after the metal shovel or spade it was cooked on. The founder of Hatakaku lived in Kumogahata, in the mountains above Kyoto where the imperial hunting grounds were located. Employing his knowledge of local customs and the standards of the ancient capital, he decided to bring this nutritious and flavorful meat to Kyoto and serve it in style.

The fatty meat of the wild boar would be sliced thinly and arranged to create a visually compelling and elegant flower. Next, he used Kyoto’s famed ‘Saikyo’ white miso and dashi stock for the soup. Three generations later, Hatakaku is still a popular culinary destination in Kyoto. Many restaurants around Japan serve botan nabe, but only Hatakaku can say they are ‘ganso’, or the originator of this cuisine. 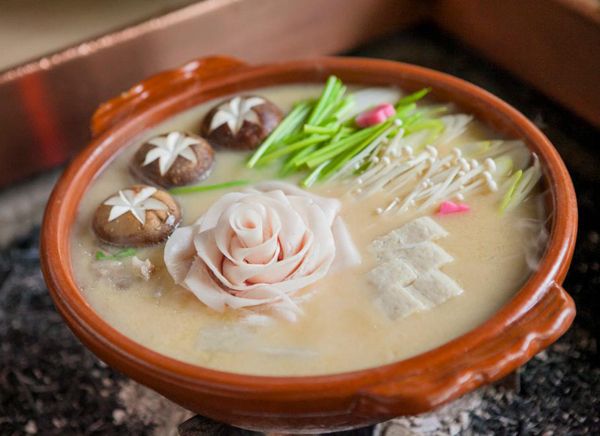 Hatakaku is steeped in tradition, and each private room is uniquely furnished. Perhaps the most delightful part of the experience is sitting at the irori, or traditional Japanese hearth, which is recessed into the tatami mat floor in the center of the room. The clay pot nabe is propped up on iron spikes on a bed of rice straw ash and traditional ‘kunagi’ sawtooth oak charcoal, the same used to boil the water for the Japanese tea ceremony. The orange glow and warmth radiating from the charcoal creates a delightful rustic feel, while the ancient capital aesthetic is expressed in the presentation of ingredients, the subtleness of the soup, the flavor of which develops and deepens as the ingredients simmer. 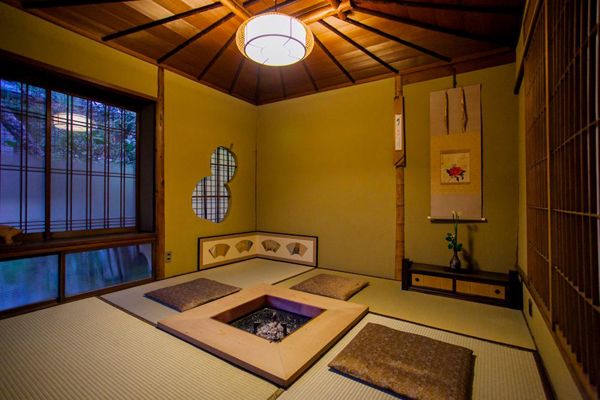 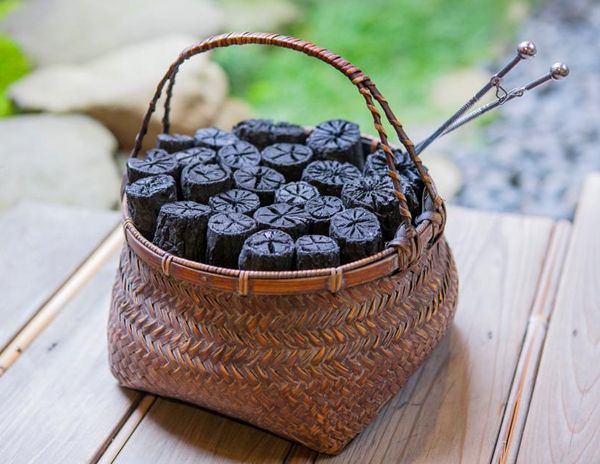 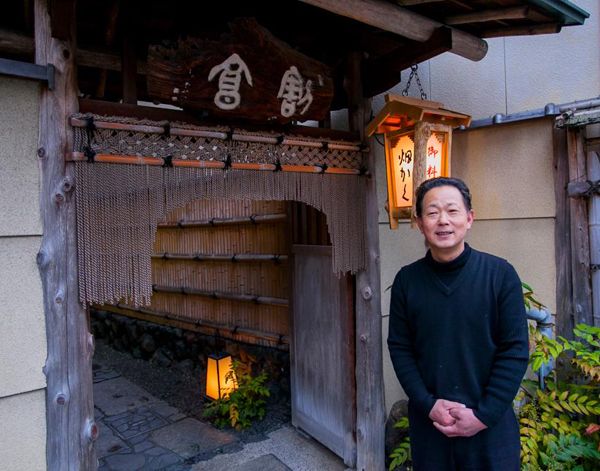 Finally, diners are offered the final course: rice. Rice can be added to the remaining broth and cooked down into zosui rice soup in the nabe pot — a Japanese favorite. The proprietor, Shinzo-san decided that we both preferred the other option: to simply pour the thickened botan nabe soup over the rice instead.

Note: Botan Nabe is a winter delicacy and is only served at Hatakaku from mid-November to mid-March. Seasonal kaiseki cuisine is served during the rest of the year.
English Menu: no (but there is really no menu, only one dish served)
Website: http://www.kyo-ryori.com/shop.php?s=69
Reservation: Ask your hotel concierge or Japanese friend to make a reservation for you if you don’t speak Japanese.
Hours: 12:00 – 9:30pm (Closed Mondays)
Address: Kyoto-shi, Kamigyo-ku, Goryomae Karasuma-dori, Nishi-iru, Uchikamae-cho 430 (京都市上京区御霊前通鳥丸西入内構町430)
Telephone: 075-441-0610