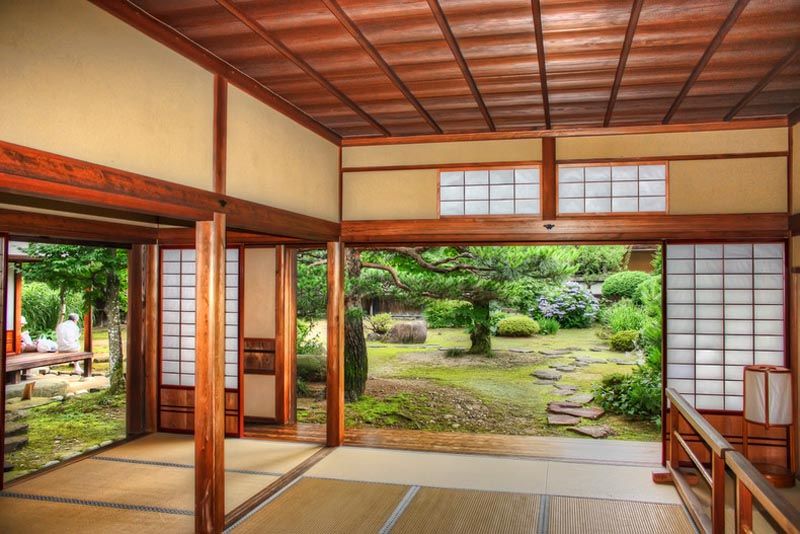 Traditional Japanese houses have unique architectural and interior features that are considered an important part of Japan’s history and culture. These old features are often included in new homes because many people still find them charming.

Family homes were historically viewed as temporary and were reconstructed approximately every 20 years. They were primarily made of wood and other natural materials such as paper, rice straw and clay.

The following are a few common features of traditional Japanese homes.

Japanese houses didn’t use historically use glass, resulting in some interesting methods of natural lighting. A shoji is a sliding panel that is made of translucent paper in a wooden frame. They are used for both interior and exterior walls. They help to give Japanese houses their character by allowing diffuse light and shadows through. 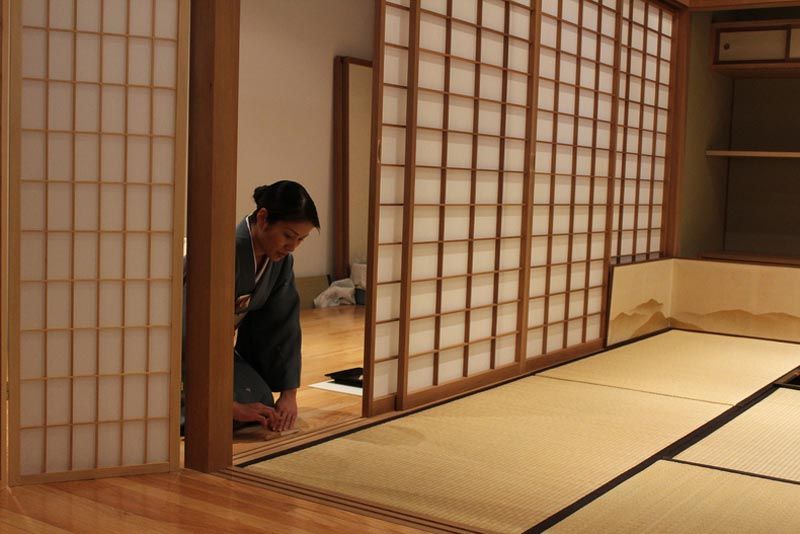 Fusuma are sliding panels that act as doors and walls. They give Japanese homes many possibilities as rooms can be dynamically reconfigured.

Japanese carpenters developed advanced joinery techniques and occasionally constructed large buildings without using any nails. Complex wooden joints tied with rope can be seen in the frames of old Japanese houses. Traditional frames, known as wagoya, have a post-and-lintel design. 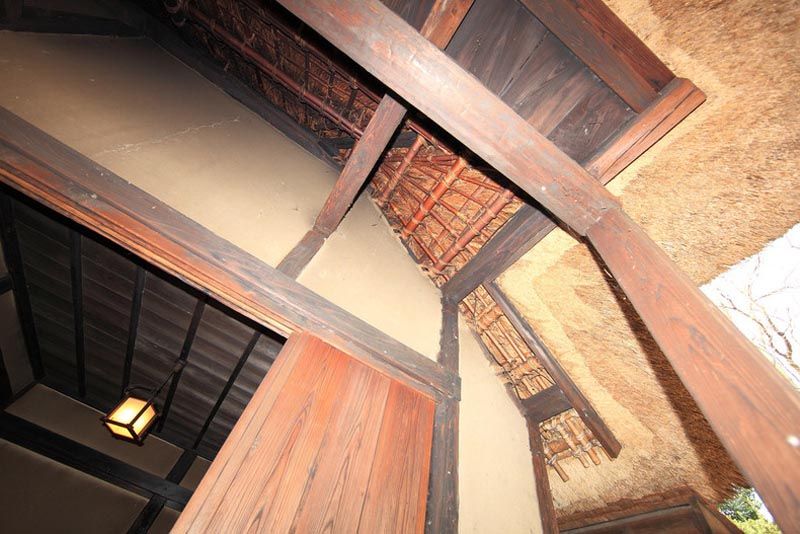 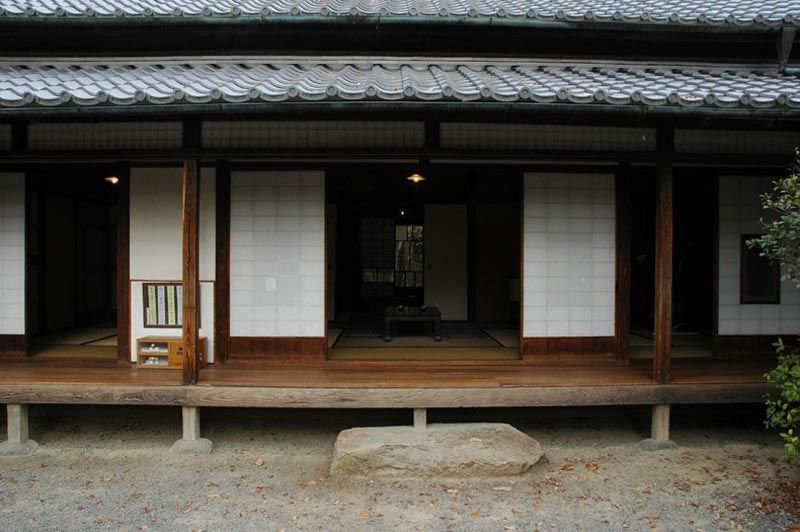 Ranma are panels found above shoji or fusuma that are designed to let light into rooms. They are often ornate wooden carvings or shoji screens. 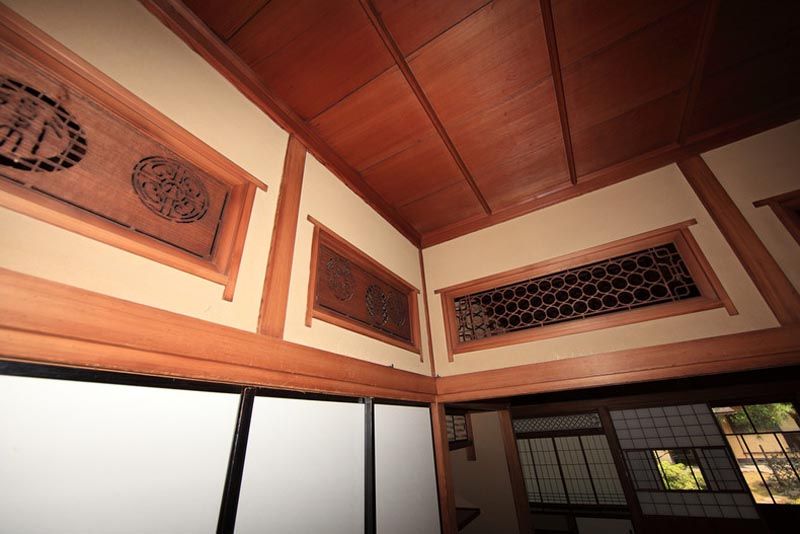 A Tokonoma is a slightly elevated area against a wall in a room intended to receive guests. It’s a spot to put art such as a painting, shodo or ikebana. Tokonoma are related to several rules of manners and etiquette. For example, it is considered extremely bad form to stand or sit in the tokonoma. A respected guest is seated close to the tokonoma with their back to it. This is a humble gesture that avoids showing off your prized art in the tokonoma to your guest. The tokonoma is kept mostly bare with a single piece of art or some combination of a painting and ikebana. 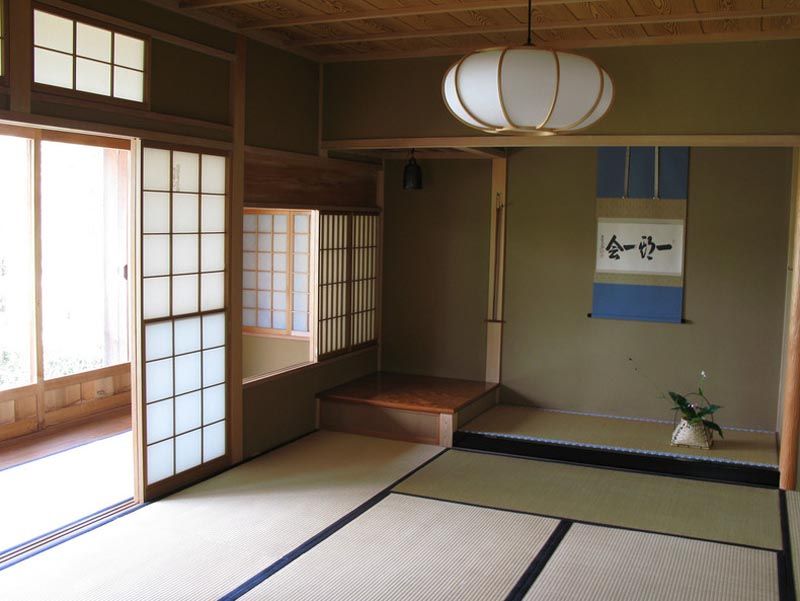 Amado are storm shutters that are used to completely seal a home or apartment for security, privacy and safety. They are particularly important as protection from typhoons. Amado are a practical item that are either wooden planks or sheets of metal. They completely transform the aesthetics of a house. A home that looks open and inviting in the day surrounded by shoji screens may look more like a wooden shack at night surrounded by walls of wooden planks. 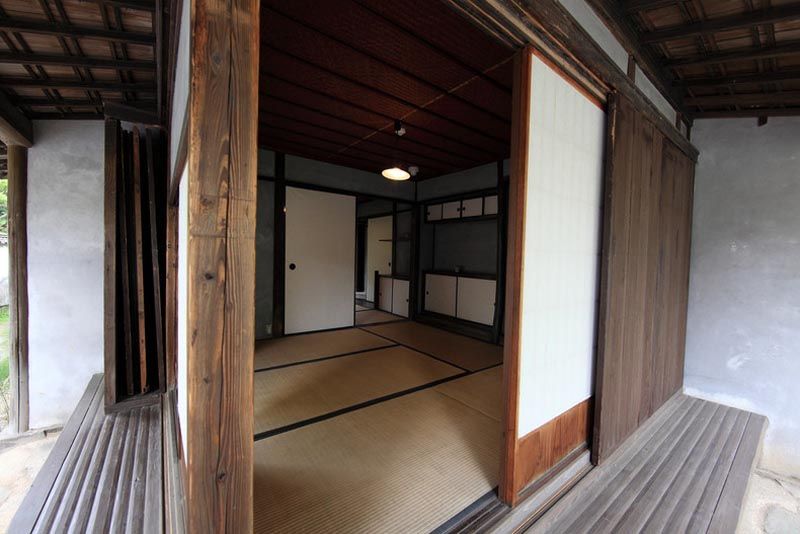 A genkan is the main entrance to a house that has a lower level floor where you remove your shoes. This area is considered extremely dirty. People leave their shoes facing towards the door and take care not to step in the lower part of the floor in their socks. There’s usually a shoe closet directly beside the genkan. A spacious genkan is a popular feature of houses since that’s where guests are greeted. Wearing shoes into a home in Japan is considered a shocking breach of manners that’s akin to splitting on the floor. 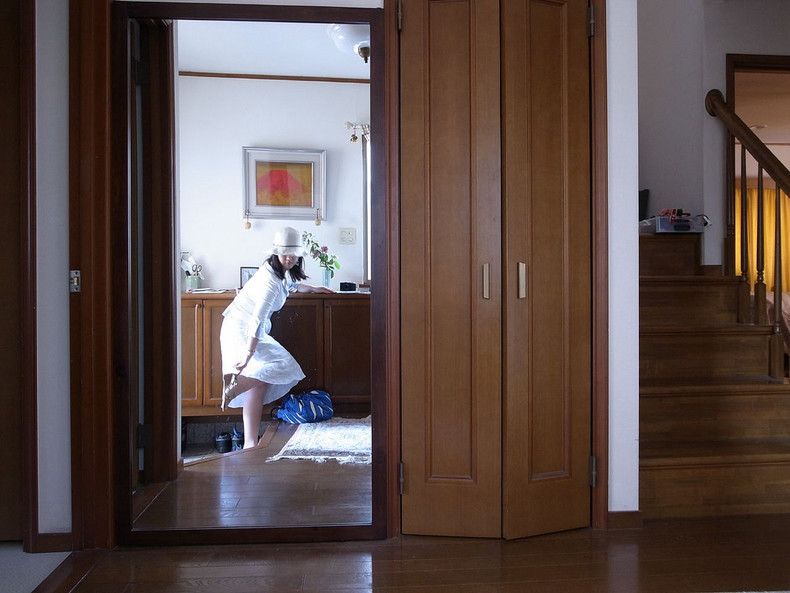 Tatami are mat floors traditionally made of rice straw. They are a standard size that varies by region. Tatami are so common in Japan that houses and apartments are often measured using the size of a tatami as a unit. They represent a traditional lifestyle that involves sitting and sleeping on the floor. Tatami have a soft, natural feel on your feet and have a pleasant smell when they’re new. They are associated with a wide range of manners and customs such as sitting seiza. 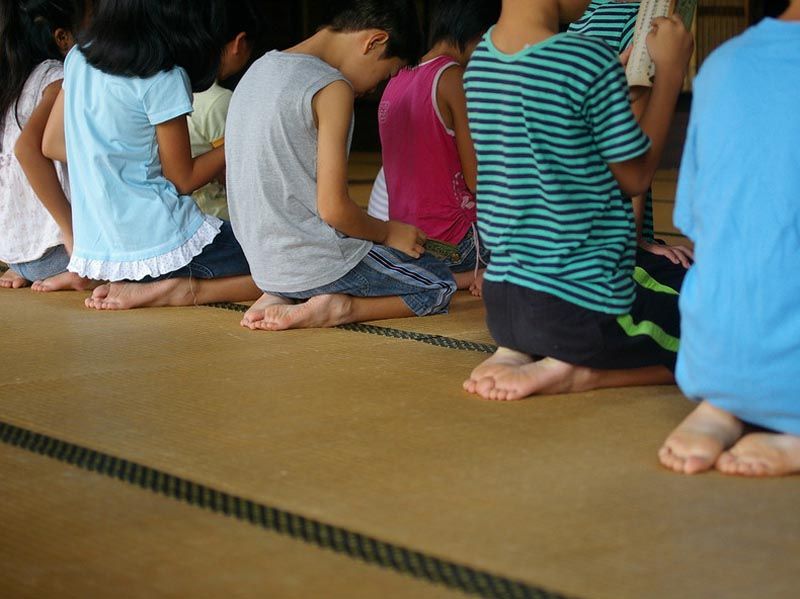 Chabudai are tables with short legs that are used while sitting on the floor. They are most typically used on tatami floors but make appearances on harder floors too. It’s common for families to eat at a chabudai while sitting on zabuton. 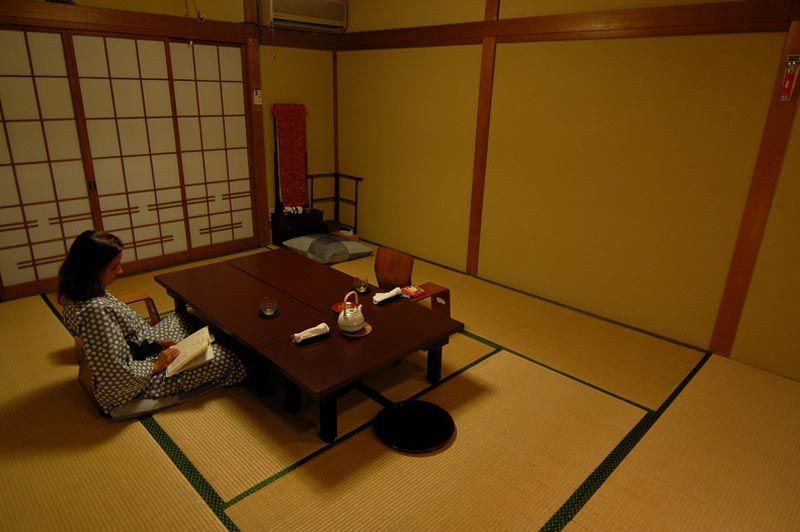 Zabuton are thin pillows that are used to sit on tatami floors. They are essentially the equivalent of a chair. At sumo matches, crowds are known to throw their zabuton into the ring to protest an unpopular outcome. 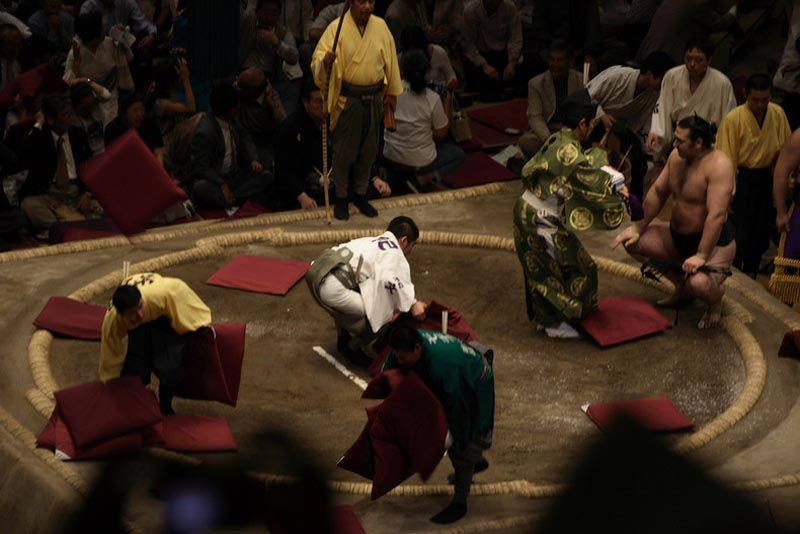 Kotatsu are a low table with an inbuilt electric heater covered by a heavy futon blanket. People sit with their legs under kotatsu to relax, have a meal, study or watch television for hours on end. In many families, the kotatsu table is in high demand in winter. In most regions of Japan, houses aren’t centrally heated and rely on various forms of space heating. 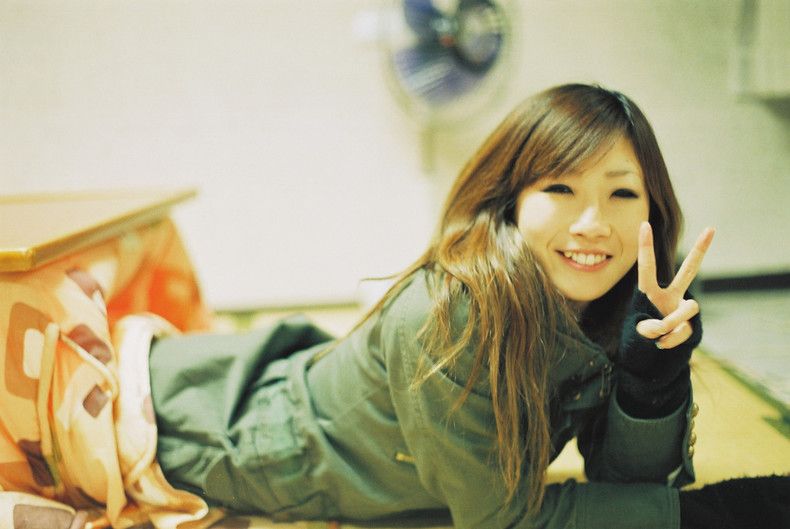 Kamidana are small Shinto Shrines that are used to remember departed loved ones in Japanese homes. It’s common to light incense at a kamadana each morning. They are typically surrounded by lucky items and offerings of food or beverages. 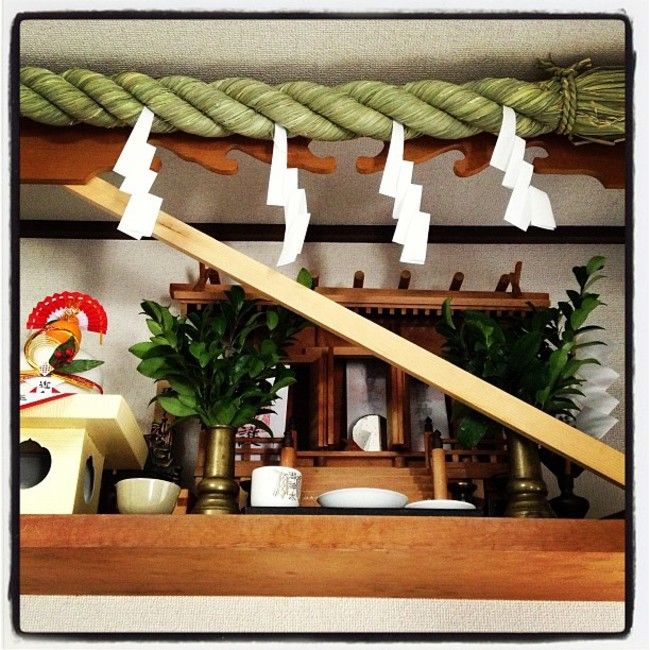 Ofuro is the Japanese word for bath. In old Japan, homes didn’t have baths and people visited communal baths known as sento each evening. By the Meiji-era, baths started to become a more common feature in houses. Japanese baths are usually in a separate room from the toilet. They often have an adjoining dressing room. The baths themselves tend to be deep but short. It’s customary to completely clean yourself before entering the bath. A separate shower area sits beside the bath for this purpose. The Japanese see bathing as a leisure activity and tend to take long baths. Baths made of wood are a luxury feature of some homes and ryokan. The earliest home baths were essentially wooden drums and variations of this style remain popular. 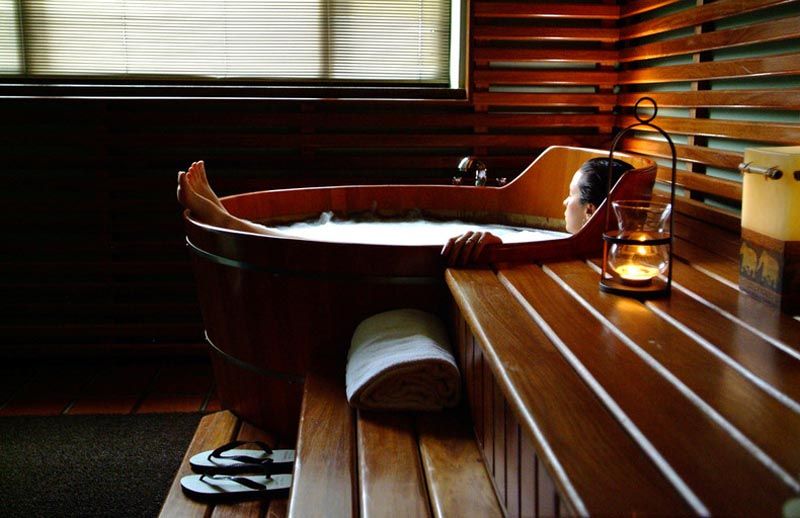 An Irori is a traditional Japanese sunken hearth that is used both to cook food and heat a room. They consist of a stone lined square pit built into the center of a floor. A decorative adjustable hook called a jizaikagi hangs from the ceiling above the pit can be used to suspend a pot over the fire. Few modern homes include a irori and they are increasingly rare. Old restaurants in the Japanese countryside sometimes have one. Wherever they are found they are popular in winter. 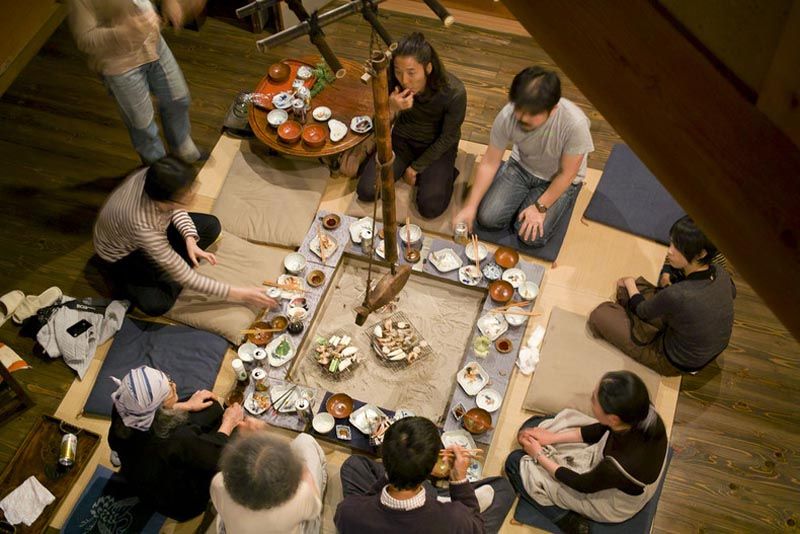 Sudare are traditional window coverings that are made with horizontal strings of wood, bamboo or other natural materials. They are typically only used in the Spring and Summer. They let a cool breeze through but are effective in blocking the sun. Sudare are often crafted using old techniques and may have iron hooks that seem oversized by today’s standards. Although most have a basic design, some are crafted with silk, gold thread and other expensive materials. 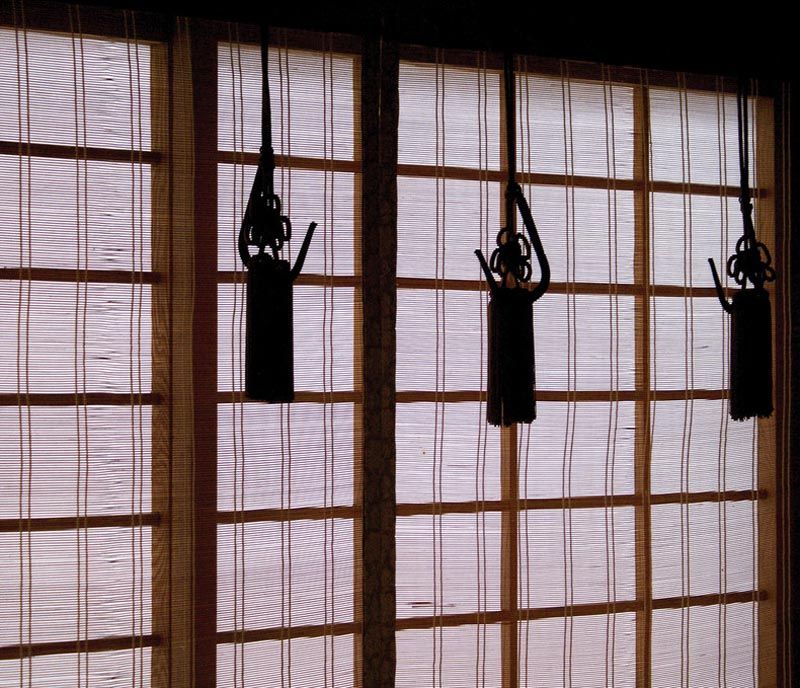 Byobu are folding screens, often decorated with art that are used to partition rooms for privacy. They were one of the Japan’s first successful exports to Europe when the country open to the world in the 1860s. Byobu were historically considered essential furniture because Japanese homes weren’t designed for privacy. In modern times they have fallen out of common use but are collected as art. 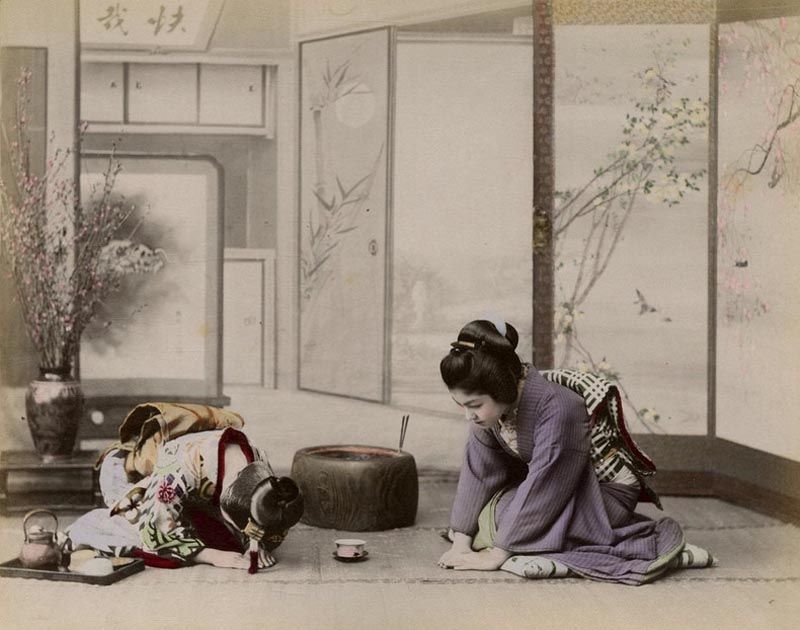